Canadian Prime Minister Justin Trudeau paid tribute to New Zealand Prime Minister Jacinda Ardern as she announced her decision to resign next month. In a tweet, Mr. Trudeau said, “Thank you, @JacindaArdern, for your partnership and your friendship – and for your empathic, compassionate, strong, and steady leadership over these past several years. The difference you have made is immeasurable. I’m wishing you and your family nothing but the best, my friend.”

Ms. Ardern said during the party’s annual caucus meeting that she is “leaving because with such a privileged role comes responsibility. The responsibility to know when you are the right person to lead and also when you are not. I know what this job takes. And I know that I no longer have enough in the tank to do it justice. It’s that simple.”

Several world leaders paid tribute to her leadership qualities and for being a no-nonsense politician. Australia’s Prime Minister Anthony Albanese tweeted: “Jacinda Ardern has shown the world how to lead with intellect and strength.”

Earlier in the day, New Zealand Prime Minister Ardern said in a tearful address that she planned to stand down in February, adding that she was too tired to seek a third term. “I no longer have enough in the tank,” said the 42-year-old, who had secured a reputation internationally for a no-nonsense approach to leading the country through the Covid-19 pandemic.

As she confirmed her move to quit politics ahead of the October polls, Ms. Ardern mentioned her family members, her four-year-old daughter Neve who she was conceived during her Prime Ministership, and her partner. “So, to Neve, mum’s looking forward to being there when you start school this year. And to Clarke, let’s finally get married,” Ms. Ardern said. 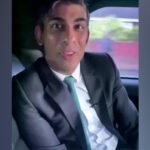