BTS group earned three nominations this year. Once again, they are in the running for The Group of 2022 and The Music Video of 2022—for “Yet to Come (The Most Beautiful Moment)“—both of which they won last year. The group has also been nominated for The Concert Tour of 2022 (for “Permission to Dance On Stage”).

Also, Jungkook was nominated separately for two awards for “Left and Right,” his hit collab single with Charlie Puth. The song will be facing off against BTS’s own “Yet to Come (The Most Beautiful Moment)” for The Music Video of 2022, and it is also in the running for The Collaboration Song of 2022.

And, BLACKPINK scored two nominations this year: the group has been nominated for both The Group of 2022 and The Music Video of 2022 (for “Pink Venom“). 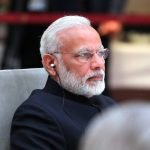 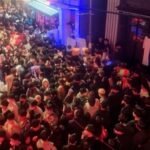