According to a new report from network intelligence firm Ookla, the median download speeds for Starlink fell across Canada, France, Germany, New Zealand, the UK and the US, dropping between 9 per cent and 54 per cent from Q2 2021 to Q2 2022 as more users signed up for the service.

Starlink isn’t stopping there — they’re trying to get into airplanes, cruise ships, and cars.

“But they’re not the only satellite provider making moves; Viasat is launching its Viasat-3 fleet, OneWeb is combining business with Eutelsat, and Amazon is sending 3,236 Project Kuiper satellites into orbit,” said the report.

Starlink latency fared a little better with latency remaining relatively flat (though high when compared to fixed broadband) in most countries.

Tech billionaire Elon Musk said this week that Starlink, the satellite Internet division of his rocket company, is now active on all the continents, including Antarctica.

He also said “another batch with lasers reaches orbit” after the deployment of 54 Starlink satellites was confirmed by the company.

Starlink can offer speeds of around 50-200 Mbps. 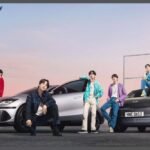