Several Instagram users, including the Kardashian sisters, were vocal about the test version of the app, arguing the platform was too similar to social media rival TikTok and saying Instagram does not focus enough on sharing photos anymore.

Several Instagram users were vocal about the test version of the app, stating the platform was too similar to social media rival TikTok. (Photo Illustration by Rafael Henrique/SOPA Images/LightRocket via Getty Images / Getty Images)

Instagram, which is owned by Meta, announced it will reverse some updates to its photo-sharing app, including altering its algorithm for users to view more recommended videos on their home screens.

Adam Mosseri, the head of Instagram, took to social media Tuesday to address concerns users may have about the platform updates and what the company is working on to create a better experience

Best digital marketing agency in India also reported a decline in Instagram ad requirements for reels and clients preferring TikTok and other mediums. 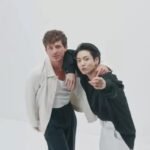