Musk, the world’s richest person, said early Wednesday he hadn’t been serious when he tweeted hours earlier that he was going to buy Manchester United Plc (MANU.N), now languishing at the foot of the English Premier League. -up fans are urging the current owners, the American Glazer family, to sell.

“No, it’s a longtime joke on Twitter. I don’t buy any sports teams,” Musk said when asked by a user if he was serious about buying the club when he had posted, “I buy Manchester United you (sic) welcome.”

“Although, if it was any team, it would be Man U,” he added, putting salt in the wound for some: “They were my favorite team (sic) when I was child.”

Some Manchester United fans had previously urged Musk on Twitter to consider buying the club, complaining about what they see as underinvestment in one of the biggest football clubs in the world. United have not won the Premiership since the days of legendary manager Sir Alex Ferguson last of his record 20 victories in 2013, despite the efforts of a cast of eight permanent and temporary managers since then .

In the initial reactions before Musk said he was joking, some users mockingly compared his tweet with his tough run to buy Twitter (TWTR.N), or seemed to take it only as a joke.

The North of England-based team have over 32 million followers on their main Twitter account and Musk’s first tweet about the club garnered over 500,000 likes on the platform in six hours .

After Musk said he was joking, Manchester United Fanatics Club Hungary said: “This is just a tweet from someone who doesn’t always think twice before writing something (sic).”

Manchester United Fans Club Kolkata said: “It has once again reinstated the fact that Elon and his tweets are just gimmicks. Although it would have been great if he really invested 1/10th of what he had paid for Twitter to own this legendary club…the whole fan base is sick of the Glazers.”

At the start of trading in the Frankfurt-listed club’s shares, the stock was up 2.5%. 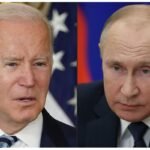