BLACKPINK’s Lisa has become the first female artist to rank atop Billboard’s Hot Trending Songs chart, powered by Twitter! Going by Billboard’s latest update, Lisa’s solo debut song ‘LALISA’ has jumped to the number one rank on the chart for the week dated August 6.

BLACKPINK’s Lisa made her solo debut in September 2021, becoming the third member of the girl group to debut as a soloist. Lisa’s solo debut single album ‘LALISA’ includes two tracks, ‘LALISA’ and ‘MONEY’. Upon its release, the music video for ‘LALISA’ became the most-viewed video by a soloist in 24 hours at the time, while the song itself debuted at number 84 on the US Billboard Hot 100 chart, and number 2 on the Billboard Global 200 chart.

Meanwhile, powered by Twitter, Billboard’s Hot Trending Songs chart tracks music-related trends and conversations across the globe in real-time, to rank the most talked-about songs of the week. 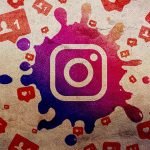 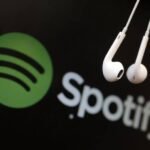