The ministry said on Wednesday that Russian forces also destroyed two ammunition depots storing rockets for the highly-advanced HIMARS near the front line in a village south of Kramatorsk in Ukraine’s Donetsk region – the main focus of Moscow’s military offensive following the capture of the Luhansk region during the weekend. 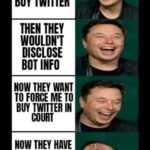