Musk was well aware that some Twitter accounts were controlled by software “bots” rather than real people, and had even tweeted about it prior to making his offer to buy the company, the suit argued.

“Musk proceeded to make statements, send tweets, and engage in conduct designed to create doubt about the deal and drive Twitter’s stock down substantially,” according to the complaint.

His aim was to gain leverage to get Twitter at a much cheaper price, or back out of the deal without suffering any penalty, the suit argued.

“Musk’s market manipulation worked — Twitter has lost $8 billion in valuation since the buyout was announced,” stated the claim.

Twitter shares on Thursday closed slightly up at $39.52, in a sign of investor doubt the buyout will be consummated at the $54.20 per share that Musk originally bid.

“Musk’s disregard for securities laws demonstrates how one can flaunt the law and the tax code to build their wealth at the expense of the other Americans,” the court filing said.

Twitter has said in regulatory filings that it is committed to completing the takeover without delay at the agreed price and terms. 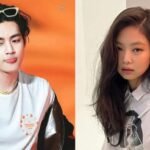