The comedy “Sex Appeal” centers on a young woman trying to figure out what she wants out of life and love as her long-distance boyfriend wants to take the next step in their relationship. The film stars Paris Jackson, Fortune Feimster, Margaret Cho, Mika Abdalla and others.

“The Tragedy of Macbeth”
Stream on Apple TV+ on Jan. 14

Set in the fall of 1938 as Europe is on the brink of World War II, a British civil servant and German diplomat travel to Munich for an emergency conference to try to seek a peaceful resolution. The film is based on the bestselling novel by Robert Harris.

“A Hero”
Stream on Amazon Prime Video on Jan. 21

The Iranian film follows Rahim, an inmate imprisoned because he was unable to repay a debt. During a two-day leave, he tries to convince his creditor to withdraw the complaint so he can be released from prison for good.

Winner of this year’s grand jury and audience awards at SXSW, “The Fallout” follows three high schoolers brought together through their shared trauma after a school shooting. The film stars Jenna Ortega, Maddie Ziegler and Niles Fitch. 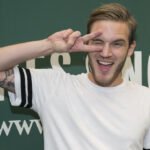 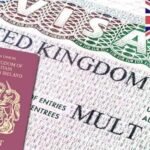