The United Arab Emirates (UAE) has suspended talks with the US regarding a $23 billion deal that involves the purchase of 50 F-35 fighter jets, 18 armed drones and missiles.

The suspension was first reported by the Wall Street Journal on Tuesday, in a report that said that the decision would be a “significant shake-up” between the two countries that are increasingly at odds about China’s role in the Gulf (the Gulf is made of seven countries: Bahrain, Kuwait, Iraq, Oman, Qatar, Saudi Arabia and the United Arab Emirates). 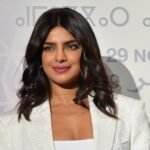