BROTHERHOOD OF THE WOLF

In a rural province of France, a mysterious creature is laying waste to the countryside, savagely killing scores of women and children. Unseen, possessed of enormous strength and a human intelligence, the beast has eluded capture for years. King Louis sends in a renowned scientist and his Iroquois blood brother, an unconventional team whose combined methods and capabilities may bring the beast down. But the true nature of the beast is not what anyone could have anticipated.

Nightclub sensation Velma (Catherine Zeta-Jones) murders her philandering husband, and Chicago’s slickest lawyer, Billy Flynn (Richard Gere), is set to defend her. But when Roxie (Renée Zellweger) also winds up in prison, Billy takes on her case as well — turning her into a media circus of headlines. Neither woman will be outdone in their fight against each other and the public for fame and celebrity.

Actors (Tom Hanks, Halle Berry, Jim Broadbent) take on multiple roles in an epic that spans five centuries. An attorney harbors a fleeing slave on a voyage from the Pacific Islands in 1849; a poor composer in pre-World War II Britain struggles to finish his magnum opus before a past act catches up with him; a genetically engineered worker in 2144 feels the forbidden stirring of human consciousness — and so on. As souls are born and reborn, they renew their bonds to one another throughout time.

Cal Weaver (Steve Carell) is living the American dream. He has a good job, a beautiful house, great children and a beautiful wife, named Emily (Julianne Moore). Cal’s seemingly perfect life unravels, however, when he learns that Emily has been unfaithful and wants a divorce. Over 40 and suddenly single, Cal is adrift in the fickle world of dating. Enter, Jacob Palmer (Ryan Gosling), a self-styled player who takes Cal under his wing and teaches him how to be a hit with the ladies.

A scientist (Vincent Price) builds an animated human being — the gentle Edward (Johnny Depp). The scientist dies before he can finish assembling Edward, though, leaving the young man with a freakish appearance accentuated by the scissor blades he has instead of hands. Loving suburban saleswoman Peg (Dianne Wiest) discovers Edward and takes him home, where he falls for Peg’s teen daughter (Winona Ryder). However, despite his kindness and artistic talent, Edward’s hands make him an outcast. 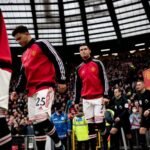