“I got a lot of pushback from my own team, actually, here in Hollywood, when I said, ‘OK, I’m going to do this Year of Health. I feel like I’m really going to physically transform and change my life,'” Wilson recalled. “And they were like, ‘Why? Why would you want to do that?’ Because I was earning millions of dollars being the funny fat girl and being that person.”

Wilson noted that though she felt extremely “confident” prior to her weight loss, she knew that some of her eating behaviors weren’t healthy.

“I knew deep down inside that some of the emotional eating behaviors I was doing was not healthy. I did not need a tub of ice cream every night,” she said. “That was me numbing emotions using food, which wasn’t the healthiest thing.”

After previously sharing that the desire to freeze her eggs and hopefully to one day have a family initially inspired the weight loss journey, Wilson gave fans an update on that part of her life.

“I’m still trying on the fertility journey, even though it is emotional and you get hopeful and then your hopes are dashed. So I feel for any woman going through it,” she said. “I was the classic example of a career woman who went out into the world, didn’t even think about kids, and then suddenly in your mid-30s is like, ‘Oh, hang on, do I want that as an option? And then if I do, what do I need to do?'”

hough Wilson still wants to be able to have her own biological children, she knows that might not work out the way she planned.

“It would be great if I had my own children, but I don’t know whether that’s going to happen, so I’m trying not to have any expectations set on an outcome,” she explained. “Just that I’m the healthiest I can be. I’m going to try and what will happen will happen.” 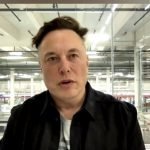