Netflix has launched three new Android games: Wonderputt Forever, Knittens, and Dominoes Cafe. This takes the total count of Android games released by the streaming giant to 10. Just like the previous offerings, the three new games are also available to download and play at no additional cost for Netflix subscribers. The company is expected to release the games for its iOS too. 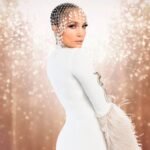