Kanye West, who recently changed his name to Ye, and Drake are holding the “Free Larry Hoover Benefit Concert” to raise awareness about Hoover’s incarceration and his family’s ongoing efforts to free him under the 2018 “First Step Act,” a law signed by President Donald Trump that gives federal prisoners convicted of drug crimes an opportunity to have reduced sentences.

“Is there’s such a thing as a redemption,” Hoover Jr. said. “Can my father please have a second chance?”

West championed Hoover’s cause when he met with Trump at the White House. And when West released his album “Donda” in August, Hoover Jr. was featured on two songs, “Jesus Lord” and “Jesus Lord Pt. 2.”

“After 25 years of bein’ locked down, 23 and 1
My father has not called any shots
From one of the most secure and segregated prisons in the world
And will not, once released
Call any of the shots for the Gangster Disciples,” Larry Hoover Jr. says over West’s beats on “Jesus Lord.”

Hoover Jr. will attend the concert with his mother, but he’s not sure whether he will join Ye on stage to perform “Jesus Lord.”

“It’s a great thing they’ve done for our family to help promote and push for the release of Larry Hoover Sr.,” Wenndye Hoover said. “He’s got people who love him just like other people do.

“We couldn’t repay them for what they’re doing. This is monumental.” 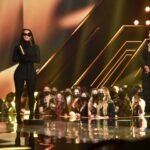 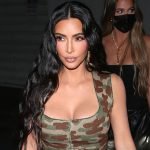