According to NBC News journalist Zoe Schiffer, Apple has reportedly delayed calling its employees to office to a date “yet to be determined” from the earlier deadline of 1 February, after a surge in Covid-19 cases.

Employees were informed of the move via a memo sent by the company’s chief executive Tim Cook on Wednesday, according to several media reports. The memo also noted that every corporate employee, including retail workers, would be getting $1,000 (£755) to spend on home office equipment, 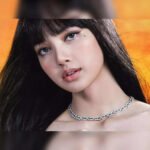