“I’ve decided to leave Twitter because I believe the company is ready to move on from its founders,” Dorsey said in a statement.

The 45-year-old outgoing CEO expressed faith in his successor, Agrawal, who had joined Twitter in 2011 and was appointed as the company’s CTO in 2017.

“My trust in Parag as Twitter’s CEO is deep. His work over the past 10 years has been transformational. I’m deeply grateful for his skill, heart, and soul. It’s his time to lead,” Dorsey said.

In a statement issued shortly after he was announced as the new CEO, Agrawal said he is grateful to Dorsey for the “mentorship” received over the past decade.

“I am honoured and humbled. And I’m grateful for your (Dorsey’s) continued mentorship and your friendship. I’m grateful for the service that you built, the culture, soul, and purpose you fostered among us and for leading the company through really significant challenges,” he wrote. 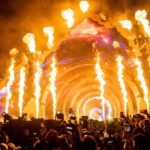 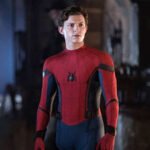