Seoul, The Korean action fantasy film ‘Spiritwalker’ will be remade for US audiences by Lorenzo di Bonaventura, who was behind the hit film series ‘G.I. Joe’ and ‘Transformers’, the film’s distributor has said.

Directed and written by Yoon Jae-keun, ‘Spiritwalker’ is about a man who cannot remember his own identity and wakes up in a different body every 12 hours. Each time forced to discover who he is, he launches a desperate search to find himself, finally coming across a woman who claims to recognize him.

Yoon Kye-sang plays the lead role in the movie. It is set for release on November 24, reports the Yonhap news agency. 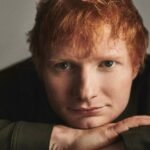