As first reported by the Associated Press, Kardashian West and SKIMS “fully funded” a flight for members of the country’s female youth development soccer team and their relatives to leave Pakistan for the U.K., a source tells PEOPLE.

The flight, carrying about 130 people, left Pakistan on Wednesday and landed in London on Thursday morning.

“Many of those families left their houses when the Taliban took over. Their houses were burnt down,” Khalida Popal, a former captain of Afghan women’s soccer team, told the AP. “Some of their family members were killed or taken by Taliban. So the danger and the stress was very high, and that’s why it was very important to move fast to get them outside Afghanistan.”

The source close to the situation tells PEOPLE that it was Popal who managed to secure visas to the U.K. for the development team “but she needed funding to get them out.” 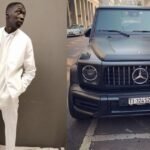