“Eternals” — one of the theater industry’s best hopes for a holiday blockbuster — is generating some of the worst reviews ever for a Marvel movie.

On Rotten Tomatoes, the film has the lowest average of recommendations of any movie in the so-called Marvel Cinematic Universe 59%. The prior low was “Thor: The Dark World” which premiered in 2013 to a score of 66%. 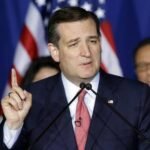