The Big Wheel is probably the worst Spider-Man villain. The other villains include the Green Goblins and the White Rabbit. The first Spider-Man villain was the Big Wheel, but the latter has no equal. The Green Goblins were goofy and stupid, but their names are not. This is the only spider man villain in the history of comic books. The other two were the Goblins and the Lizard. 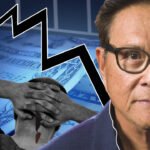