Kylie Jenner is facing more accusations of ‘blackfishing’ after sharing a very tan Instagram video last week. Her complexion looked far darker than usual while she posed up in one of her luxury cars, prompting claims she was ‘blackfishing’ or presenting herself as black on social media.

The term came to prominence after a post calling out the ‘alarming’ amount of ‘white girls cosplaying as black women on Instagram’ was liked nearly 50,000 times on Twitter. Kylie Jenner previously faced accusations of blackfishing after she was accused of changing the caption of an August 2020 Instagram from ‘brown skinned girl,’ to ‘brown eyed girl.’ 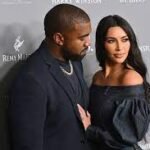