“Limited number of military tanker drivers to be put on a state of readiness and deployed if necessary to further stabilise fuel supply chain,” the Department for Business, Energy & Industrial Strategy said in a statement issued late on Monday.

The military drivers will receive specialised training before deploying if the crisis does not ease in the coming days.

“While the fuel industry expects demand will return to its normal levels in the coming days, it’s right that we take this sensible, precautionary step,” said Business Secretary Kwasi Kwarteng.

“If required, the deployment of military personnel will provide the supply chain with additional capacity as a temporary measure to help ease pressures caused by spikes in localised demand for fuel,” he added.

“People are desperate. If I don’t get petrol now, I can’t get work anymore,” one driver, David Hart, told AFP as he queued at a garage in London after a fruitless search at the weekend.

Britain’s biggest public sector union, Unison, said key workers, including doctors, nurses, teachers and police staff, should be given priority access rather than having to wait in line.

“The government could solve this problem now by using emergency powers to designate fuel stations for the sole use of key workers,” said general secretary Christina McAnea.

Medical bodies have already said some healthcare staff have struggled to get to work, while schools have warned that online teaching could resume if teachers are unable to reach their classrooms.

The Petrol Retailers Association said almost half of the UK’s 8,000 fuel pumps had run out of petrol on Sunday, blaming “panic-buying, pure and simple” for the issue. 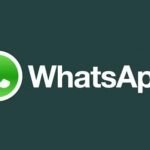 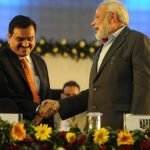