India’s main vaccine is from Oxford University and British-Swedish pharma giant AstraZeneca – but it is manufactured locally by the Serum Institute of India under the name Covishield. this is done Approved for emergency use by the World Health Organization.If we do not get satisfaction, we will be within our rights to implement reciprocal measures.Harsh V ShringlaForeign Secretary of India

“The core issue is that there is a vaccine here, Covishield, which is a licensed product of a UK-based company, which is manufactured in India,” India’s Foreign Secretary Harsh V Shringla said in a press briefing on Tuesday. “we have 5 million doses supplied to the UK, at the request of the Government of the UK we understand that this has been used in their national health system.”

“Therefore, Covishield’s non-recognition is a discriminatory policy and impacts on our citizens traveling to the UK,” he said.

Under the new rules, Indian travelers will have to be quarantined upon arrival in England and undergo three rounds of testing, regardless of vaccination status. Many Indian nationals usually travel to the UK for work, study, leisure travel or to visit family.

According to Shringla, India’s Foreign Minister Subrahmanyam Jaishankar, who is in New York for the UN General Assembly, “strongly” raised the issue with UK Foreign Secretary Elizabeth Truss.

“I am told that some assurances have been given that the issue will be resolved,” he said.

Jaishankar tweeted that during his meeting with Truss in New York, he “urged for an early resolution of the quarantine issue in mutual interest.”

Indian opposition MP Shashi Tharoor said He pulled out of a debate engagement at the University of Cambridge because of the quarantine order.

“It is disrespectful to ask fully vaccinated Indians to quarantine,” he said.

Another MLA, Jairam Ramesh said the decision “smells of racism.”

“We will have to see how it goes, but if we do not get satisfaction, we will be within our rights to implement reciprocal measures,” Shringla said. 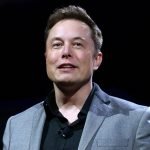 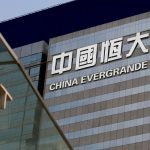