Evergrande, the biggest real estate developer in China, and a global Fortune 500 company, which is staring at bankruptcy, hit the world’s biggest fortunes, with the richest people losing billions of dollars. The world’s top 10 richest people, such as Elon Musk, Jeff Bezos, Bill Gates, Mark Zuckerberg, Warren Buffett, and others lost over $26 billion. Tesla Inc.’s Elon Musk, the world’s richest billionaire, saw his net worth falling by $7.2 billion to $198 billion, according to the Bloomberg Billionaires Index. Amazon.com Inc. founder Jeff Bezos lost $5.6 billion, with a net worth of $194 billion. In comparison, the S&P 500 index tanked 1.7 per cent to $4,357.73, posting its worst daily performance since May this year. Monday’s sell-off dragged the S&P 500 index 4.3 per cent down from its 52-week high of $4,545.85. 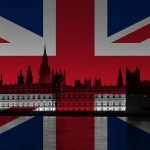 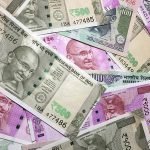