In today’s era of increasing digital influence, it is becoming a rare occurrence to find people fond of books and literature compared to the old times. What would you say if a young man not only dreams of shaping his future in the world of books but also fulfils it? One of the success stories is of the 22-year-old Mr Akash Gupta, a resident of Kharagpur, the railway town of West Bengal. Akash is working towards the realisation of his dreams.

Akash Gupta, who has completed his B.Tech from Jain University, Bangalore (and is currently pursuing his MBA from Adarsh Institute of Management and Information Technology (AIMIT) Bangalore), says that in order to establish himself, he must have given interviews in many companies and firms. The count of which nears to 28. However, he was met with disappointment every single time. He firmly believes that his destiny had a different course of action altogether. “During those difficult times, I realised that I need to do something to help those people whose dreams went unfulfilled due to various circumstances. I should do something that I am passionate about and it shouldn’t necessarily be a job. My only aim was to spread joy by helping people by turning their dreams into reality”, says Akash.

Born in the house of Mr Keshow Prasad Gupta and Mrs Nandini Gupta, residents of Rajgram in Kharagpur city, Akash Gupta founded an organisation called Fireboxx on 15th September 2019. Its purpose was to provide a better platform to those anonymous writers who were passionate about writing but had to withdraw from working towards their passion due to self-doubt or disappointment from the failure to make it big among the crowd. Mr Keshow Prasad Gupta, a vegetable trader by profession, says that he and his wife are profoundly proud and happy that their son has chosen this excellent career path.

“The Fireboxx is a media and entertainment firm which came into existence from the September of 2019 with an aim to provide a platform to artists coming from all walks of life. We are a proud family of talented in-house poets, writers, singers, anchors, organisers and many more. Fireboxx family consists of many prominent artists from India and abroad. We also work in the field of book publishing, cover designing, book compilation, editing , distribution, and hosting open mic events. We have set foot into the areas of affiliate marketing and online stores. The Fireboxx has around 13 anthologies and 2 independent books to its name. We have hosted several open mic events, competitions, and awards over the course of time and are continuing to do so. ‘Entrepreneurial magazine’ is the most recent venture of the Fireboxx. We continue to innovate and evolve as a team to excel in the field of entertainment, art, and business. We owe our success to the amazing people who collaborated with us and trusted us with their art and talent. Our aim is to keep up their faith in us now, and forever!!” proudly says the 22-year-old entrepreneur with a shine in his eyes and a beam. A few of the achievements of the Fireboxx are:

Bagged a world record: With the help of his novel thinking and creativity, Akash Gupta was able to win the Kalam Book of World Records for the book “Meri Maa”. The book had poetries in Hindi, English and Punjabi. This provided a platform to about 35 authors from India and an Italian.

Fireboxx International Awards: This aims to honour the budding artists in the world of literature all around the globe in various categories. Nominations are still open for the same, and Akash and his team are currently busy organising multiple aspects of the event.

The winning trail of this promising young man does not end here. Fireboxx’s book “Secret of Love”, compiled by Mansi Kawale and Akash Gupta was selected as an international publication in the series of records. The book contained published works of 33 Indian authors and 15 international authors. Akash has also been nominated for the Indian Achiever Award 2020.

He is also a proud winner of the International Kalam’s Golden Award ( Best Achiever of 2021). Him and his brainchild, the “Fireboxx”, continues to shine bright in the world of books and literature. He is an inspiration to many youngsters who dreams to make it big in the areas they are passionate about. Hope we would witness a growth as tremendous as it can get for the Fireboxx. 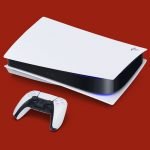 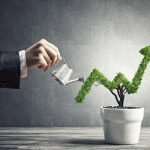