“Because of the necessity to diversify and build a very resilient supply chain for semiconductors, we believe India could be an important destination for manufacturing,” Qualcomm CEO Cristiano Amon told reporters in Washington after his meeting with Prime Minister Modi on Thursday.

Prime Minister Modi’s “approach to drive economic growth in making India, a destination for investment for investment has been very successful”, said the CEO of the $150 billion company that is a leader in the manufacture of chips used in everything from cameras to aircraft and a pioneer in 5G technology.

First Solar’s CEO Mark Widmar said that what Prime Minister Modi has done to “create a really strong balance between industrial policy as well as trade policy” makes it an ideal opportunity for companies like First Solar to establish manufacturing in India.

“His commitment to ensuring domestic capabilities and ensuring his long term climate goals and objectives with focus on energy independence and security”, Widmar said is an alignment that “couldn’t be better for companies that are looking to manufacture in India. And I think the enablement of an environment that is pro-business, this is more opportunity for us to be successful to help India achieve its climate goals.”

Shantanu Narayen, the CEO of Adobe, said he was “a huge supporter, and fan of what the Prime Minister’s doing” to improve the business and investment climate in India.

He said the ecosystem for startups in India is “awesome”.

“What’s really inspiring, is that these Indian startups are actually having as their growth the entire world,” he said.

“So their aspirations are not restricted to India, they’re actually thinking about how they conquer the world.” 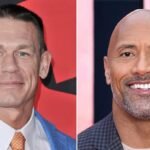