3D printing is a promising techn platform. Many have long dismissed it as a mere hobby, a niche for a few people with too much time on their hands. In recent years, however, 3D printing has rapidly gained commercial adoption.

3D Systems is one of the pioneers in the industry. Chuck Hull, a co-founder of the company, was one of the inventors of the stereolithography 3D printer and earned a patent for it in 1986. 3D Systems formed shortly thereafter and has been publicly traded for more than 30 years. For much of that span, the stock failed to produce returns. However, in 2012, 3D printing caught the public’s fancy and shares increased tenfold. Shares faded after that, though things have picked up again over the past year. 3D Systems has built a large business and generates about $600 million per year in revenues. Alas, it has not been consistently profitable, and revenues are down over the past few years. 3D Systems has a well-known brand and a large existing customer base, but it’s still looking for a big breakthrough that will allow it to take the next step in its corporate evolution. This will be our best choice for 3D printing stock for now! 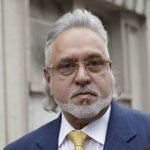