Shot in UK, Bell Bottom is a 2021 Indian Hindi-language spy action thriller film directed by Ranjit M Tewari. The film is written by Aseem Arrora and Parveez Sheikh, with production by Vashu Bhagnani, Jackky Bhagnani, Deepshikha Deshmukh and Nikkhil Advani under their respective banners Pooja Entertainment and Emmay Entertainment. It stars Akshay Kumar as the lead character, with Lara Dutta, Vaani Kapoor and Huma Qureshi in other prominent roles. Bell Bottom is inspired from real life hijacking events in India by Khalistani separatists during the 1980s, such as the Indian Airlines Flight 423, 405 and 421 hijackings.

Principal photography began on 20 August 2020. The film was wrapped up on 30 September in London. The film released in theatres on 19 August 2021 in 3D.

First half of the film features 2 songs, narrating characters, not much grippy but suits the “Masala” lovers but as soon as the second half starts, film starts taking the grip. Lara Dutta was unrecognizable ,does her job perfectly. Vani Kapoor was also well in her role, but Huma Qureshi is barely shown in the movie. Nothing to say about Akshay, as he always do his best and this time it was superb performance. Songs are average but direction is really good. We wish luck for the film to perform well on box-office but as per the current situation in India it seems hard to collect expected numbers. 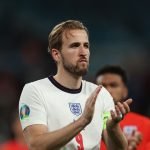