Instagram is a sea full of most talented Influencers.

Looks like the population of football followers is immensely high. One can clearly see the strong fan base of the famous Portuguese professional footballer, Cristiano Ronaldo. He is the captain of Portugal national team and plays as a forward for Juventus, an Italian club. People put him at a high esteem and consider him to be the God of foootball as he is most likely to be the greatest player of all time.

We all must have watched Wizards of Waverly Hills in our early childhood. Yes, you are right! the female lead was played by Selena Gomez. She has gained a widespread acclaim through her famous musical albums and was also rewarded with several awards for her overwhelming talent. She has mixed her acting career with making music albums as well. In fact, she was the most followed influencer before Cristiano Ronaldo surpassed her in 2018.

Kylie Jenner, another member of the Kardashian clan is one more well-known famous personality. Kylie had even featured in Keeping up with the Kardashians. in fact adding cherry to the cake, she is the founder of a famous cosmetic company, Kylie Cosmetics. Back in the year 2014, all the three Kardashian sisters were featured in the Time Magazine as the most influential teens on a global scale. 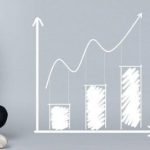