” Explore your own unique world, survive the night and create anything that you can imagine”

Minecraft is a sandbox video game that focuses on allowing the player to interact, explore and skillfully modify a dynamically generated map made of one cubic meter-sized blocks. The players get to create structures, structures, artwork, and other shaped forms which instigates the creativity of the players. A game that is difficult to not obsess about.

This one is a free-to-play battle warzone game that will not seize to overwhelm its players. It features two main primary game modes like Plunder and Battle Royale. It is the second installment of Call Of Duty: Black Ops 4. This game received a lot of positive reviews from general critics. This game also gives its players a privilege to play online multiplayer combat and play against many others from different parts of the world on the virtual battleground. It has surpassed more than 60 million downloads.

This game revolves around a storyline consisting of many seasons. An online multiplayer game that allows its players to build walls, stairs, and other components with different types of materials like wood, brick, and metal. The whole idea is about fighting off zombie-like creatures and overcome various traps. It has got many creative versions for its players to enjoy and have a gala time playing. 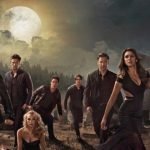 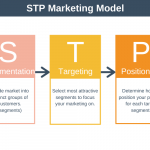