The lawsuit between Amazon and Future Retail has managed to come out as one of the biggest lawsuits in Indian business history. The fierce battle between Future Retail and Amazon will soon determine the future of Indian retail and the direction of Ecommerce in the country.

Back in the early month of October, Amazon accused Future Group of going against the terms and conditions of their mutual agreement by publicly announcing a deal with Reliance about a huge asset sale. A year back, Amazon had bought around 49 percent of Future Retail’s various unlisted firms along with the right to buy mainly into the listed flagship Future Retail Ltd. after a few years once the deal is matured. But, as the pandemic hit the domestic territory of India, the following lockdowns led to the growth crash of the retail company. The retailer ran into a terrible cash break especially when the pandemic took place and the lockdown was called upon to curb the coronavirus pandemic. Around the corner of May, people who were well acquainted with the inner circle of the company revealed that Amazon was looking forward to soon increasing its stake in Future Retail. But such hefty transactions were taking hell lot of time and soon became difficult to materialize and within that period Future Retails manage to tie its knot with Reliance, the conglomerate ruled by Asia’s richest man. This infuriated and instigated Jeff Bezos.

Well, this fight is all about a great tussle between two of the world’s richest men doing tug-of-war over a company (Future Retail). Here, Ambani becomes willing to wage a price war for a 200 billion dollar India prize with Amazon. Reliance is the biggest retailer in India will soon increase its reigns once it even acquires Future Retail. Wholesale, logistics, and other warehousing units would also double its footprint and give it an unparalleled edge over rivals. Therefore, that is why Amazon is not willing to cease its efforts. After passing a big accusation, Amazon secured an emergency relief from the arbitration court in Singapore that would help to shape the future of the Indian future retail empire. 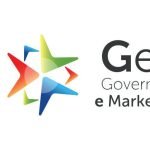 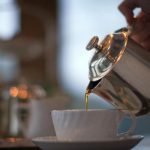