Weeks after leaked texts revealed that Prime Minister Boris Johnson had termed Health Secretary Matt Hancock “hopeless”, the United Kingdom’s seniormost minister in charge of the fight against the COVID-19 pandemic has resigned after yet another scandal–this time concerning an affair, a kiss, and the breaching of social distancing norms.
“We owe it to people who have sacrificed so much in this pandemic to be honest when we have let them down as I have done by breaching the guidance,” wrote former UK Health Secretary Matt Hancock in his resignation letter on June 26.

Hancock resigned after a whistle-blower leaked CCTV footage of him and the Department of Health and Social Care adviser (and later non-executive director at DHSC) Gina Coladangelo kissing on camera. The event unravelled as more than just a scandal–it was a clear breach of the COVID-19 social distancing guidelines that advise against close contact including hugging between people who are not from the same household.

Hancock has since been replaced by Sajid Javid, former chancellor of the exchequer. Javid has already resigned once from Boris Johnson’s cabinet, stepping down from the post of chancellor last year after refusing to fire his political advisers as demanded by the PM.

Over the years, a few resignations over various scandals, sexual assaults and such can be seen in the history of the UK. Taking into account the last ten years, here are some of the major resignations over scandals.

The 2000s began with the “Officegate” scandal where the then Scottish First Minister Henry McLeish resigned in 2001 over the issue of renting out office buildings without registering the income.

In 2005, the British Secretary of State for Work and Pensions, David Blunkett, resigned after breaking the Ministerial Code regarding private business appointments, making him the second minister to resign twice from the Blair government. Tony Blair, the Prime Minister from 1997 to 2007, had issues over the accusation of War Crimes during the Iraq War and also resigned in the same year.

In 2008, Work and Pensions Secretary Peter Hain resigned over his failure to declare donations to his deputy leadership campaign which amounted to over £100,000.

Defence Secretary Liam Fox in 2011 resigned after claims of breaking the ministerial code. In his resignation letter, he wrote that he had “mistakenly allowed the distinction between my personal interest and my government activities to become blurred”. The incident, now known as the “advisor scandal” occurred after his close friend Adam Werritty, posed as a government adviser on 18 official trips that were funded by foreign donors.

Perhaps the most prominent is the abrupt resignation of British Defence Minister Rt Hon Sir Michael Fallon, citing allegations “about my previous misconduct”, of inappropriate sexual behaviour in 2017. Five days later on 5th November, Christopher Pincher, MP and Comptroller of the Household resigned over a similar issue where former Olympic rower and Conservative candidate Alex Story, alleged that Pincher, had made an unwanted pass at him, years before he became an MP. However, after an investigation that there has been no breach of contract, he re-joined as Treasurer of the Household in 2018 and was later appointed as the Minister of State for Europe and the Americas in 2019. He is currently serving as the Minister of State for Housing.

The year 2018 was perhaps known for the Windrush Scandal, a political scandal concerning immigration and deportation in the UK. Rt Hon Amber Rudd MP, the then Home Secretary, resigned after the news of misleading the Home Affairs Select Committee during a hearing. Later that year, MP Andrew Griffiths resigned over allegations of sexual misconduct after sending over 2,000 sexually explicit text messages to two female constituents and was later suspended by the Conservative Party over this issue. In the year that followed then-Secretary of State for Defence, Rt Hon Gavin Williamson MP was dismissed over leaking highly classified information. 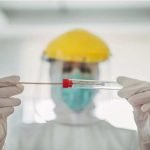