Yes, This is the time to wave the rainbow flag and celebrate the activism and the history of the LGBTQIA+ community. Each year, a growing number of countries hold their annual parade, a march that features protests and crowds of supporters living loud and proud.

One important milestone to this pride parade was the Annual Reminder in Philadelphia, which provided a reason for the LGBTQ public gatherings and moving forward.

On July 4th, 1965, 40 people gathered outside the Independence Hall in Philadelphia, Pennsylvania, dressed in professional attire and raise the issue for gay rights, it has become the largest demonstrations for homosexual issues. The two most prominent leaders were Frank Kameny and Barbara Gittings.

In celebration of pride month, from June 1 to June 30, we honor American astronomer, veteran, and gay rights activist Dr. Frank Kenemy, widely known as one of the prominent figures of the LGBTQ rights movement. Franklin Edward Kameny was born in Queens, Newyork on May 21, 1925. He was a gifted child and enrolled at 15 in Queens college to study physics. He obtained a doctorate at Harvard University.

He then accepted a job as an astronomer with the Army Maps Service in 1957, but he was fired later based on an executive order forbidding the LGBTQ community from federal employment. In response to this, he sued the federal government and filed the first gay rights appeal. He was denied at first, but he did not give up and fought for equal rights.

Years before the stonewall riots, he organized one of the country’s first gay rights advocacy groups.

It was common in the US for the police to raid the Gay bar, Stonewall, but at one point, the LGBT community fought back, check out this link to know more about the Stonewall riot, though it didn’t the gay rights movement, it served as a catalyst for further movements.

In the early ’70s, Frank Kameny successfully challenged the American Psychiatric Association of their classification of homosexuality as a mental disorder and in 1975, the Civil Service Commission withdrew its ban on the LGBTQ employees. In 2009, after 50 years of his dismissal, Kenemy received a formal apology from the government. In June 2010, Washington named a street ” Frank Kameny Way ” in his honor.

If not for the corona pandemic, many cities in the world would be flooded with the LGBTQ+ Community celebrating and embracing their true colors with pride. 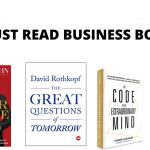 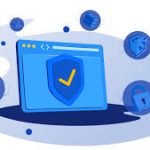