People, on the historic date of 11th of January 1964, it was officially declared by the US government that cigarette causes cancer. And within a day an $8 billion dollar tobacco industry and the incomes of 7,50,000 families was at stake. While most companies saw their sales dropping down there was one company that miraculously went from having just 1% market share to becoming the 4th largest cigarette brand in the world in less than a year. And after 1970 when cigarette advertisements were permanently banned from televisions this brand became even more popular to go onto become the largest manufacturer of cigarettes in the world. Marlboro today is so huge that it has got more consumers than it’s next 10 competitors combined. The one of the most iconic marketing strategies ever witnessed by mankind which is called lifestyle marketing.

Now here the question is- Is it a coincidence that millions of children all across the country. In the US, the thing was happened was Nike’s Air Jordan shoes line up wherein when Nike signed up Micheal Jordan and the fascination for Air Jordan shoes became so crazy that even today after 18 years of Michael Jordan’s retirement he still make $100 million dollars every single year just in royalty. This is what we call as lifestyle marketing where in consumers buy more into the lifestyle of the icon whose associated with the product than the product itself. And this is exactly what the marketers of a Marlboro cigarettes did to their brand. After the 1964 report, which was released by the surgeon general of the US, brands started to do everything in their capacity to keep their reputation. Some brands tried to justify cigarettes while some brands completely disapproved the very research itself. Back then Marlboro was a very small company that made cigarettes only for women. But as soon as this news broke out the parent company of marlboro, which is Philip Morris decided to shift their method of marketing and became an epitome of business propaganda in yhe 20th century. So what the marketers of Marlboro did is that Instead of justifying smoking and using statistics that were difficult to understand they came out with a campaign called the Marlboro men. Where in they introduced a character who was supposedly everything a man wanted to be like and they named this character “The Marlboro Man”. Marlboro man was a cowboy who had perfectly built up body and the commercial showcased him as the ultimate architype of manhood. He was tough, affectionate and stylish and overall stood as the icon of freedom and manliness. And within a year Marlboro went from having less than 1% market share to becoming the 4th largest cigarette manufacturer in the world. And the fun fact is in all of those commercials cigarette was not even the primary subject of focus. In fact, cigarette as a product got less than 10 seconds of time footage in all those of commercials. And because of this even when cigarette commercials were permanently banned from television and brands couldn’t show cigarettes in commercials or TV. Marlboro was very easily table to navigate through that situation because their focus was anyways not on cigarettes but on carlboro man himself.

And this is how they were able to communicate their communicate their emotion very easily even through print and magazine. And this is the reason why even after the 1970 ban Marlboro’s business still kept going. That is how Marlboro became a legend in advertising $58 billion brand. The important lesson to here from this marlboro’s business is they are merely tapping onto your insecurities to convince you to do something which will give you a feeling as if you are an elevated version of yourself. But the truth is because of your lack of self awareness you don’t realise that your insecurities are putting money into their products eventually to make those companies billions of dollars but to turn you into a sick, miserable addict of either cigarettes or social validation, depending on what you’re buying into. 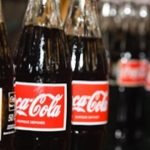 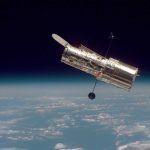