Milkha Singh, one of India’s finest sportsmen, died of Covid-related problems at the age of 91. Singh, often known as “the Flying Sikh,” won four Asian gold medals and placed fourth in the 1960 Rome Olympics 400m final. His narrative was adapted into the Bollywood film Bhaag Milkha Bhaag – Run Milkha Run, which was released in 2013. Singh’s wife, Nirmal Kaur, a former volleyball captain, died earlier this week at the age of 85, along with Covid. Singh caught Covid-19 last month and died of the disease’s consequences at a hospital in Chandigarh’s on Friday.

The honors to the athlete, who has been dubbed “independent India’s first athletic celebrity,” were headed by Prime Minister Narendra Modi.

In India, Singh’s achievements on the track and field are legendary. He earned five gold medals at international sports competitions and was given the Helms World Trophy for winning 77 of his 80 international races in 1959. Singh was up in a tiny hamlet in what was still British India throughout his youth. He saw the death of his parents and seven brothers as a small kid in a rural hamlet in Multan province during the Partition of India and the establishment of Pakistan in 1947.

Singh won gold in the Commonwealth Games in Cardiff in 1958, then finished fourth in the 400 meters at the Olympics in Rome, just missing out on a bronze medal by a whisker. In 1960, he was asked to compete in an international athletic tournament in Lahore, Pakistan, in the 200m event. He hadn’t visited Pakistan since departing in 1947, and he had originally refused to return. Singh did travel to Pakistan in the end. Despite the stadium’s overwhelming support for his major competitor, Pakistan’s Abdul Khaliq, Singh won the race, with Khaliq taking bronze.

“‘Milkha, you came to Pakistan and did not run,’ Gen Ayub told me. You flew via Pakistan. Pakistan bestows the title of ‘Flying Sikh’ upon you’.

Singh previously said that he used to run for six hours a day. I’d push myself to the point where I’d collapse and had to go to the hospital; I’d beg God to rescue me and swear that I’d be more cautious in the future. After that, I’d do it all over again.” 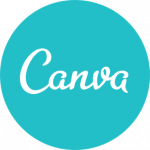 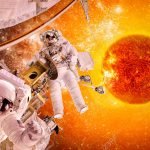