Head-to-head: In the 32 previous matches, Germany have won 15, while England were victorious in 13. Four matches have ended in draws. In the last meeting (international friendly) they played out a goalless draw in 2017. The last time they met in a tournament, Germany beat England 4-1 (2010 World Cup). In the last five meetings, stretching back to the 2010 World Cup, England have won only once and lost three times

This is the third meeting between England and Germany at the European Championship – Germany won 6-5 on penalties following a 1-1 draw in the 1996 semi-final, before England won 1-0 in the group stages at Euro 2000.

This will be the 13th meeting between England and Germany at Wembley Stadium. England won four of the first five such games (L1), including the 1966 World Cup final, but are winless in their last seven against the Germans at the national stadium (D2, L5).

In all major tournaments (Euro and World Cup), England and Germany have met seven times previously. Both sides have won two games each with three draws, though the Germans have progressed via a penalty shootout following two of those draws.

England have never won a European Championship knockout match in 90 minutes (D4, L2) – four games have gone to penalties, with England only progressing once via this method, against Spain at Wembley at Euro 96.

Germany’s Ilkay Gundogan has scored twice at Wembley Stadium, for Borussia Dortmund in the 2013 Champions League final and for Manchester City in the Premier League. He could become just the second player to score at the ground for a club side and the German national team, after Per Mertesacker.

For Low, this could be his last match as Germany manager, if they lose. 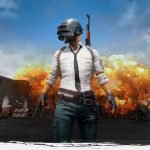