Great success comes with pure dedication, a lot of patience, clear thinking, determination, sincerity, and od initiative. If you have the best focus on your goal then no one’s gonna stop you from achieving that. This is proved by Cristiano Ronaldo.

Just as Cristiano Ronaldo. A name that doesn’t need to be introduced. For football lovers, he is the God. No doubt in today’s time he is the richest player in the world.

But for achieving this he had to go through many ups and downs. And his struggle and willpower to achieve something in life are worth adding Let us know more about him.

Ronaldo took birth in a poor family. His father was a gardener in a gang government office. Where he used to water the plants and was told to take care of them.

He was a big fan of former American actor and president Ronald Reagan. So he named his son according to his name. Ronaldo came from a very poor family.

He used to live under a tin-plated roof. But he was fond of football since then. He used to spend more time on the field than the classroom.

His mother Maria called him a cry baby in his childhood because he used to cry on-field whenever he lost or managed to scoreless. Looking at his interest in football he was selected in the Anderina sports club at just the age of eight.

He was too good at football at that time that Portugal’s largest football club took him in their group when he was just 10 years old. He played there for about 2 years.

The career of Cristiano Ronaldo:

Ronaldo always thanked his friend Albert for his first break in football. Because when officials of Lisbon came for the trial match in football.

Which was a selecting match in which the player who scored more got selected, Albert let Ronaldo goal for the final goal, and Ronaldo was selected for the official team.

He was always Grateful to Albert for this gesture. Then Christiano Ronaldo was signed for 15 pounds by officials of Lisbon. When he was 12 years old he leaves his family for playing football.

At the age of 15, he had a very serious heart problem. The diagnosis had stopped his football playing.
At that time he had two alternatives one is to get the surgery done for playing further or to leave football permanently.

As he was an adorer of football he chose the first alternative though he knew he was risking his life by choosing this. Finally, the surgery became a success and after recovering from surgery he continued to play football like before.

At the age of 16, Ronaldo’s father died. His father drunk a lot. He was so shocked by the incident as he was mist close to his father.

He won 3 Champions Trophies for the team. His annual income nowadays is 700 crores. He forbade himself from alcohol and never got a tattoo as he is a regular blood donor.

Most of the earnings are used for charity causes. He runs an orphanage of 600 children. For his noble works and dedication to the game, he ranked himself in the top 100 most influential people in the world. 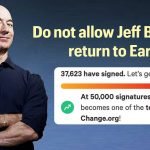 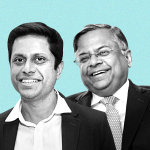