Recognizing the long history and deep cultural and economic significance of tea around the world, the United Nations General Assembly proclaimed 21 May as International Tea Day.

When, why and how?

The resolution to celebrate this day on May 21 was adopted on December 21, 2019 by the United Nations. It is observed by the United Nations Food and Agriculture Organisation (FAO) and tea lovers across the world.
During a meeting of the Intergovernmental Group of the World Food and Agriculture Organization in Milan in 2015, India proposed that May 21 be observed as International Tea Day every year.

The United Nations, accepting the proposal in 2019, said- “the day would promote collective action to promote activities in favor of sustainable production and consumption of tea and to raise awareness of its importance in fighting hunger as well as poverty.”

International Tea Day is an opportunity to celebrate the cultural heritage, health benefits and economic importance of tea, while working to make its production sustainable “from field to cup” ensuring its benefits for people, cultures and the environment continue for generations.

History of your Tea

Tea is the most consumed beverage in the world, after water.
One of the earliest recorded instances of tea being drunk with milk is in 1655 when Dutch man Jan Nieuhoff describes having tea with milk in Canton – at a banquet hosted by the emperor.

Tea arrived in Britain in around 1660 but European sources indicate aristocrats were adding milk to tea in Paris in about 1680. [Not so much ‘après moi la deluge’ more ‘après moi les feuilles de thé’]

Further sources claim it was the fragile nature of early porcelain which lead to the adding of milk to a cup before hot tea was poured to prevent breakages which were, apparently quite common. This was in the late 17th / early 18th centuries.

Another claim is that milk was added as way of shortening workers’ tea breaks as before milk was introduced the workers had to have longer breaks whilst waiting for the tea to cool so they could drink it.

Yet another source claims it was a common practice for the poor people.

What makes Tea, The tea?

The tea industry is a major source of income and export earnings for some poor countries and provides employment as a labor area, especially in remote and economically disadvantaged areas. Not only that, but tea can also play an important role in rural development, poverty reduction, and food security in a developing country, which is one of the most important cash crops.

Whether it is black tea or green tea or any other flavor, all teas contain antioxidants, antipatterns, and polyphenols that positively affect our body. Drinking green tea acts as an antioxidant for bladder, breast, lung, stomach, pancreas, and is beneficial in preventing the development of colorectal cancer. Helps prevent arterial clogging, reduce fat, reduce stress, reduce the risk of brain diseases such as Alzheimer’s and Parkinson’s disease, reduce the risk of stroke, and improve cholesterol levels.

Tea is currently grown in more than 35 countries, and supports over 13 million people, including smallholder farmers and their households, who depend on the tea sector for their livelihoods. 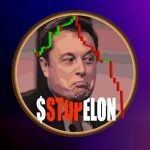 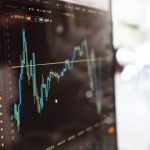