Middle-aged and older people with early signs of memory loss can raise their cognitive ability by walking frequently,  a new study has indicated. Regular exercise also amplified the flow of blood to their brains,. The changes to their brains were subtle but consequential,  the study found.

Blood Carrie oxygen and nutrients to brain cells and if that stream sputters, so can the vitality of neurons.  With age, as arteries stiffen and hearts weaken, the flow of blood to the brain declines. But the good news is that exercise can increase brain blood flow.

As part of the study,  published in the Journal of Alzheimer’s Disease researchers asked a group of 70 sedentary men and women, aged 55 or older, to start moving more. They were divided into 2 groups.  One began a program of light stretching and toning, while the others started to exercise aerobically and briskly so that Heart rates and breathing rose.

The second group performed better when it came to executive function,  like thinking skills,  planning, and decision making. These tend to be among the abilities that decline earliest in dementia. 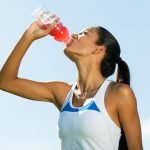 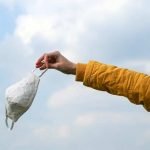