On September 1, 2020, a video conference held between the ministries of Japan, India and Australia. In this meeting, the three nations discussed about ‘Supply Chain Resilience Initiative’ which was proposed by Japan. It came with this idea to counter the shrunken market conditions due to Covid-19. Its main objective is to negate the dependency on a single supplier (China) and to make new trade alliances that can make the global market more attractive, flexible, transparent and stable in terms of both import and export.

For this project, Tokyo has decided to subsidise its local and Southeast Asian market. Bloomberg’s report says “So far, 87 firms are participating in the programme, which will pay out 243.5 Billion Yen ($2.3 Billion)”. Now, the big question is, why India and Australia gave their consent to Japan’s ‘Trilateral Approach’? The reason is very plain and simple- China’s trial to make a Monopolistic Market and make other countries either to pay higher than before or leave them suffering in this Pandemic period.  This approach of China has made other countries (especially India and Australia) fetch their interest from ‘Made in China’.

For India, the trade war is not the only reason but currently, China’s Ladakh Border Standoffs, without any prior notice, are  making India more aggressive and vulnerable. Due to this, India had to take some action and finally it decided to restrict import several products and services and also banned many Chinese Apps in country. Japan sees India as a rapidly expanding market in Indo-Pacific region. And somewhere, it knows that increasing tensions between India and China will make it easier to convince India to participate in this initiative. It is like hammering the hot ‘iron’ and India is ‘iron’.

Apart from the fact that Japan is the largest importer of Australian beef and also, it shares the closest and most mature partnership with Australia, comparative to any other Asian country, Australia is also facing retaliatory actions of China for demanding an investigation against Dragon for Corona Virus spread. China has now targeted beef, barley and wine, imported from Australia. It has also applied its ‘Hostage Diplomacy’ on Australia by detaining Australian journalist for no valid reason. As the result, Australia is now seeking for help and no country in Asia is much trustworthy than its second largest trade partner, Japan. Japan, again, watching  this dispute as an opportunity for its trade.

This initiative is in its planning and discussing stage and it will be implemented from November 2020. Many economists see it as a positive sign for global market for post-pandemic period. This is a win-win situation for India as it will not only help India to counter Dragon but also shall trigger its ‘Atma-Nirbhar Bharat’ initiative. On this, The Hindu says “Over time, if India enhances self reliance and work with exporting nations other than China, it could build resilience into the economy’s supply networks”. 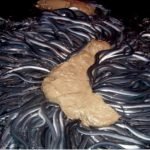 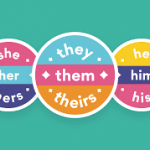