Gunfire erupted on Wednesday at a railyard in SanJose , and a sheriff’s spokesman Russell Davis is said that he could not specify the number of dead and wounded or describe how the suspect died.

The shooting took place at a light rail facility that is next door to the sheriff’s department and across a freeway from the airport . The facility is a transit control center that stores trains and has a maintenance yard . The victims include valley Transportation Authority employees,  Davis said .

The VTA provides bus, light rail and other transit services throughout santa Clara county, the largest in the Bay area and home to silicon valley . A local ABC news reported that the building was not open to the public,  so the shooter would have needed employee access or to have broken in. News footage of the yard showed a cluster of industrial hangar – like buildings adjacent to rail tracks .

“Our hearts are pained for the families of those we have lost in this horrific shooting “ san Jose mayor Sam Liccardo said on Twitter.  Governor Gavin Newsom said in tweet that his office was “ in close contact with local law enforcement and monitoring this situation closely .” 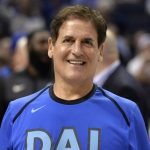