If you are looking for ways to earn money from social media platforms, this article is for you.

Here are three features through which you can earn money

To beat its competition, Snapchat has launched, “Snapchat-Spotlight” which may be a very good deal just like  Instagram reels and Tik-Tok The videos played on Spotlight will be depended on an algorithm based on views and replays. However, it is exceptionally different from Tik-Tok in Snapchat Spotlight you don’t need a lot of followers and likes for a video to get viral if it’s popular in the Spotlight that is enough to make money.

As an extension to the Twitter Spaces feature, Twitter is launching its all-new feature,” Ticketed Spaces ” It is an audio room conversation where a user with at least 600 followers can host a live conversation on a specific topic. To earn money through Ticketed Spaces, a user must have 1000 followers along with that the user must host a minimum of 3 sessions in 30 days. In the beginning, this feature will only available to the US users

In Twitter Ticketed Spaces, people will buy tickets and pay you to listen to your conversation ad 56% of the amount will go to the creator account.

These are the three easiest ways through which you earn money with the help of social media platforms. However, one needs to be consistent and careful because social media can be very tricky sometimes. 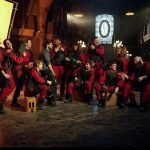 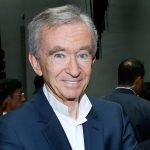