Even with the pandemic’s interruptions, the corporate IT startups industry is bursting at the seams with firms capitalizing. As increased demand for big data, DevOps, cloud, mobility, the internet of things, and cybersecurity capabilities.

According to Gartner, worldwide IT investment is likely to increase by 6.2 percent this year, reaching $3.9 trillion in total. The remarkable pace of digital transformation in 2020 to meet the transition to remote work, changes in education, and new social norms offered by the lockdown. It has fully offset the COVID-19 outbreak’s early damage to IT investment.

“COVID-19 has changed the techquilibrium in numerous industries,” said Gartner distinguished research vice president John-David Lovelock. “By 2021, greater levels of digitization of internal processes, supply chains, customer and partner interactions, and service delivery will be available. Allowing IT to move from supporting to leading the organization.

In this list, we highlight some of the hottest companies developing software and services for major business clients. Also who their clients are, how much money they’ve raised so far, and how near they are to IPOs in 2021.

Cockroach Labs is a software company that specializes in database management solutions for businesses. CockroachDB, a cloud-native, distributed SQL database that enables “next-level consistency, ultra-resilience, data locality, and vast scalability to current cloud applications”. It was founded in 2015 by three ex-Google workers.

Cockroach Labs’ income more than doubled in 2020 as a result of the COVID-19 epidemic, owing in part to widespread cloud usage. This year, the business plans to grow at a similar rate. It claims to be on schedule to expand its personnel from 200 to 400 by the end of 2021.

So, on January 12, 2021, Cockroach Labs secured $160 million in Series E investment. The financing comes just eight months after the business received $86.6 million in Series D fundraising, valuing the firm at over $2 billion.

Cohesity is a ‘hot’ business startup for a variety of reasons: distinctive technology, a founder on his second act after co-founding the now-public software business Nutanix, and $250 million in backing from SoftBank’s Vision Fund.

The company is originally a less expensive alternative for businesses to store “secondary data” – backups, files, test/dev, and analytics data. All of which could be monitored from a single cloud platform. Since then, it has grown into other aspects of business data management, such as analytics, security, and disaster recovery.

Therefore, Cohesity secured $250 million in Series E fundraising in April 2020, increasing its total capital to $660 million. The corporation is having a value of $2.5 billion as a result of this.

Confluent is a commercial version of Apache Kafka that enables developers to handle high-volume system and application communications and add real-time streaming data to their programs.

So, LinkedIn utilizes the technology for activity stream data and operational analytics; Netflix uses it for real-time monitoring and its event-processing pipeline; and Spotify, which uses it as part of its log delivery system, has all embraced Kafka.

So, Confluent’s goal is to make it easy for firms not having a lot of development resources to use Kafka.

Investment: Accordingly, in April 2020, Coatue Management led a $250 million Series E funding round, with participation from Altimeter Capital, Franklin Templeton, and current investors Index Ventures and Sequoia Capital. Therefore, this boosted the company’s total investment to $456 million, with a value of $4.5 billion.

The original Front app is for any team that has an email inbox that they share. It’s very useful for customer service, sales, and even public relations departments. It also allows teams to allocate emails to members and work in a common environment, resulting in faster response times.

Following a significant funding injection, the startup is now trying to change the email experience for all office workers.

Software-as-a-service (SaaS) startup from Sweden Funnel specializes in merging and cleaning up marketing. It also advertises data for clients, regardless of where it is stored, in order to gain greater consumer insights.

So, the program is priced in tiers based on monthly ad expenditures, with the lowest tier starting at $499 per month. Skyscanner, Samsung, and Ubisoft are examples of reference customers.

“So, the data is correctly prepared, visualization is done successfully with existing business intelligence tools. Funnel co-founder and CEO Fredrik Skantze told TechCrunch.”Automating the gathering and preparation of data has proven to be a really difficult thing to get right.

Fundraising: In January 2020, Funnel raised $47 million in a Series B funding round headed by Eight Roads Ventures and F-Prime Capital. With current investors, Balderton Capital, Oxx, Zobito, Industrifonden, and Kreos Capital joining in. It intends to grow into the United States. 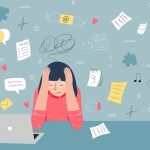 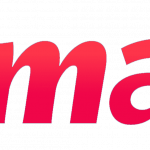