Photos of unidentified flying objects (UFOs) have been verified by the Pentagon and are a part of continuing investigations to “gain insight” into the “existence and sources” of UFOs.

The Pentagon in the United States announced photographs of unidentified flying objects (UFOs). Consequently, on Wednesday as part of continuing inquiries by the Department of Defense’s Unidentified Aerial Phenomena Task Force to “develop insight” into the “existence and sources” of UFOs. Jeremy Corbell, a UFO enthusiast, and filmmaker posted a video of a UFO captured by a Navy boat.

An Unidentified Aerial Phenomena (UAP) was observed floating above the water in the leaked video. According to the film, the unidentified object seemed to be flying for a few minutes before vanishing into the sea.

It was reported by Pentagon that UAP videos and images are under examination by US Department of Defense investigations. After that, it wouldn’t be inaccurate to say that the confirmation raises more questions. They will be about what the Pentagon knew about those cases and others.

Accordingly in 2020, the Pentagon established a task force to better recognize UAPs and UFOs. Accordingly, The Department of Defense formed Unidentified Aerial Phenomena Task Force. It studies and “gain insight” into the “nature and sources” of UFOs.

“A series of incidents of unauthorized and unidentified aircraft breaching numerous military-controlled ranges. It also breached designated air space in recent years,” the US Navy said in 2019.

In 2004, a former Navy pilot told USA Today that he and three other pilots saw an unidentified huge region of roiling whitewater. Surrounded by a calm sea off the coast of Southern California.

As Obama said, “In an interview earlier this week,

“The fact is that when I first arrived in office, I asked, ‘Alright, is there a lab anywhere where we can hold the alien specimens and spaceship?’ And you know, they did a little bit of testing and the result was no. What is real, and I’m not joking, is that there is video and accounts of things in the sky that we don’t know precisely what they are. We have no idea how they traveled or what their trajectory was. They lacked a clearly discernible pattern.

Hence Obama’s said that “we have footage and recordings of things that we have no idea what they are. We have no idea how they traveled or what their path was. It contains an acknowledgment by an official former arm of the government that UFOs are legitimate, after decades of denial. 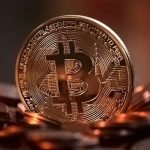 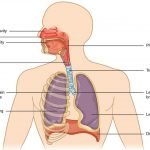