As the government of India recently formulated rules governing social media intermediaries, facebook owned WhatsApp has moved to the Delhi High Court, challenging the new rules of the centre. As the instant messaging app is already under scrutiny for its controversial privacy policy, it has filed a plea against the centre’s new guidelines which specifically include a traceability clause that requires social media intermediaries – a category that WhatsApp falls under to identify the first originator of the information when mandated by authorities.

WhatsApp, its parent Facebook and tech rivals have all invested heavily in India. But company officials worry privately that increasingly heavy-handed regulation by the Modi government could jeopardize those prospects.

Among the new rules are requirements that big social media firms appoint Indian citizens to key compliance roles, remove content within 36 hours of a legal order, and set up a mechanism to respond to complaints. They must also use automated processes to take down pornography.

According to the company, end-to-end encryption was designed to help ensure that nobody other than the person you are talking to can know that you sent a particular message and this is the exact opposite of traceability, which would reveal who sent what to whom.

Notably, the rules require significant social media intermediaries — providing services primarily in the nature of messaging — to enable identification of the “first originator” of the information that undermines sovereignty of India, security of the state, or public order. 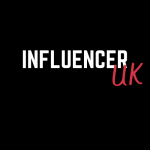 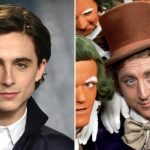