The story is about a young man and a young woman. The woman is permanently damaged by the suicide of their male best friend when he was 17. She is so stricken that she decides to go to a secluded sanitarium until she can deal with life again. Norwegian book is the kind of book you never want to end. It carries you away into the lives of the characters. With suicide being the theme throughout the novel, Murakami delivers a peek into the lives of severely damaged youth coping with the realities of life.

In Normal People, Sally Rooney tells the story of two deeply damaged people who develop an intense relationship that transcends the norms. Connell is the popular jock who secretly cares what everyone thinks about him. Marianne is the girl who people create myths about. While they both feel misunderstood, together they understand not only one another but also themselves. The characters are awkward and flawed which made them seem very real and relatable. This is a very dark and disturbing read with some light at the end.

The Hunger Games is a dystopian novel written from the perspective of a 16-year-old Katniss Everdeen, who lives in the future, post-apocalyptic nation of Panem in North America. The Hunger Games is an annual event in which one boy and one girl aged 12-18 from each of the 12 districts surrounding the Capitol are selected by lottery to compete in a battle to the death. It is a fantastic and somewhat brutal read that you simply can’t put down.

KAFKA ON THE SHORE by Haruki Murakami

Another novel by Murakami! Kafka on the Shore is a beautifully told story about needing to let go and step out of your own reality in order to find out that life is meant to be lived, told from the perspective of a 15-year-old Kafka. It is a spiritual exploration of life, who we love, and the choices we make in life. This book will resonate with you for years to come.

THE HATING GAME by Sally Thorne

This novel follows the relationship of Lucy and Josh, rivals in life and the workplace. Trapped in a shared office together 50 hours a week, they become entrenched in an addictive, ridiculous, never-ending game of one-upmanship. Their competition is tough and with a promotion on the way, things escalate quickly. The book is fun to read and you probably won’t stop smiling.

AMAZON LINKS FOR THE LISTED BOOKS:

Don’t forget to check these out: 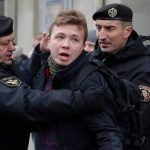 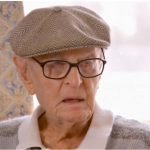