SpaceX is currently working on multiple fixes for the issue so that it does not affect the SN11, SN10’s successor that’s already being prepared.

Chris Bergin from NASA Spaceflight tweeted that the issue was “tricky one” since the helium ingestion was caused by the pressurisation system added to the CH4 tank to prevent what caused the SN8 Starship to explode.

To this Musk replied that was a “fair point” and said that he had approved the change because it sounded good at that time. 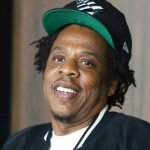